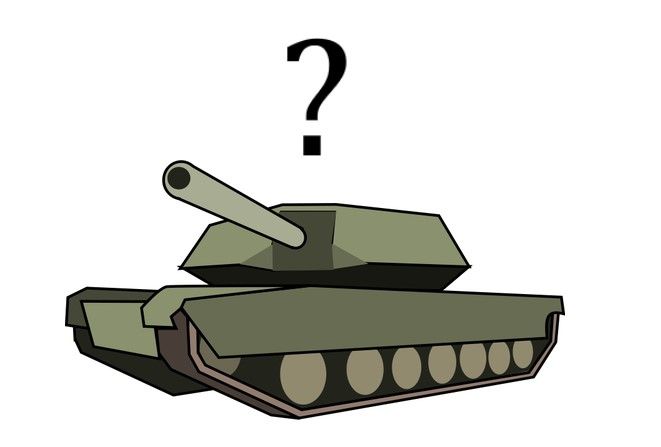 This article, or actually, this personal essay so to speak, about the moral issue of working for defence contractors, is the first written composition in Developpa that falls into the “Create for good” category which is one of the cornerstones from this site. In contrast with other articles and resources published, posts from this category will have second to none technical content as we deal with more abstract ideas that fall more in the realm of ethics and philosophy rather than engineering. However, don’t be surprised if eventually an “Engineering Ethics” guide is released 😃. And as a last note, some people might get offended by what I have to say while others will actually feel identified and supported. That’s OK, is just the nature of these types of articles and I am not concerned about speaking my mind off.

How it all started and kept going

If you think about engineering as the technical creations of things to make human existence better (ideally), it all started as a necessity to get something done in a better and easier way. Back some thousands of years ago when humans started to expand and form tribes, the main necessity was pure and simple survival. This meant that the areas where people will put the focus on developing would have probably been: shelter, eating, and protection. So the first engineers, so to speak, where the ones to develop a roof to protect from rainfall, a fury coat to keep warm or basic clothing to protect from the sun, a fireplace to cook, and keep animals away, and eventually weapons to make the act of killing easier. It is worth mentioning that these initial weapons were probably developed to make hunting easier rather than to kill other people, however, I don’t have enough evidence to support that claim. With this idea in mind, we can see that the development of weapons and slaughter mechanisms have been part of human creations since the beginning of our race and that came initially from a necessity of eating and protection.

Fast forward to the present time (2018), we can see how the human being has developed thousands of tools and systems to kill his peers with the trend of making it always easier. From holding a sharp metal blade and doing the whole act with our own hands to pulling a trigger from the distance, dropping an aerodynamic piece of metal from the sky that can take away thousands of lives in seconds or just sitting in a computer controlling a flying machine that shoots many rounds per seconds like in a video game. It is clear that the trend is to make killing easier and less personal.

When you think about wars and people killing each other, at least in modern times, you get pictures in your head of the military, world leaders, corrupt states and radical groups taking the big decisions and executing the act. Therefore, for sure, all the blame goes for them. Stupid politicians and businessmen that want to make money selling guns, insane terrorists that want to make everybody follow their way of life… and all the other newspaper headlines you have been seeing (or not) for the past few years. However, there is a very important group to blame which is never mentioned… and that group ladies and gentlemen is us, THE ENGINEERS. (sorry if you are not an engineer my dear reader 😃 ).

Engineers have a massive role in society that most of the time it is not recognized, not even by ourselves. Think about it, just look around you. Is there any object around you (apart from your corner plant) that has not been designed by an engineer or its manufacturing is possible because of machines designed by engineers? We are the fabric that holds together and gives society the tools to live their lives better, allowing development and growth.

Some engineers and institutions have realized this responsibility engineer have with society and they have created the field of “Engineering Ethics”. This field involves how engineers should behave under certain morally and ethically delicate situations.

For an introduction in the field of engineering ethics, watch this short lecture from Jana Winter:

The issue at hand

Having recognized the role that engineers have in society and how we are directly involved in the design and development of products that have the sole purpose of destroying and killing then we must ask: is it unethical to work for the defence industry? The short answer from Developpa: yes, it is unethical to create something that has the sole purpose of killing and that gives the power of destroying life to the user. However, there are some arguments that are used to makes this business and activity acceptable and necessary. Let’s explore them.

Arguments supporting the R&D of weapons

A gun is just a tool, is the human that kills (or in other words, is not me who presses the button)

That’s true, right? in the end, humans will find a way to kill each other. Or not? As we said before, the trend in weapons development is to make them less and less personal. This is because of the many cases of soldiers that return home after experiencing killing and suffering first hand and never fully recover. According to this Post-Traumatic Stress Disorder Statistics for Veterans article, 84.8% of veterans diagnosed with PTSD have not fully recovered after 30 years of the conflict. Also, around 11% to 20% of US military personnel deployed in Afghanistan and Iraq have developed PTSD. From this stats, we can assume that the act of killing is traumatic and unnatural for modern human beings as most of us are raised in a conflict-free environment where death is not part of our normal lives. So it is true that it is the person that kills at the end, but by developing more sophisticated weapons that can make the act of killing less personal the engineer is actively contributing to making an unnatural activity less traumatic thus more possible. Is as simple as making something hard, easy (which is the purpose of technology in general).

Another great danger of having this attitude of “is not me who presses the button” is that you are putting your trust in companies and governments by handing them the keys to your destruction car. At the end of the day, you have no voice in who this weapon is sold to or who is used against.

If we don’t do it, they will

This is a sort of Darwinism survival of the fittest case for state/nations. Because you don’t want to be invaded or wiped out by your neighbour or, the other way around, you feel in need of taking over your neighbour, the nation/state will develop better and deadlier weapons and warfare tactics. To be fair, for most of human history it has been like that. However, it seems that after WWII most developed nations are more interested in economic growth and prosperity rather than in the expansion of their borders. It is true that there are still a lot of nations at war, however, it is interesting to see the world’s largest arms exporters and then compare them with the actual nations in conflict (source: Wikipedia): 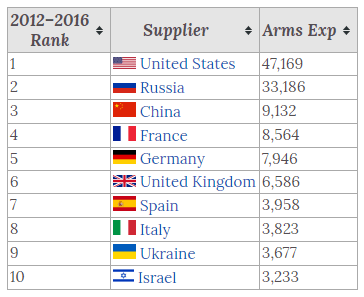 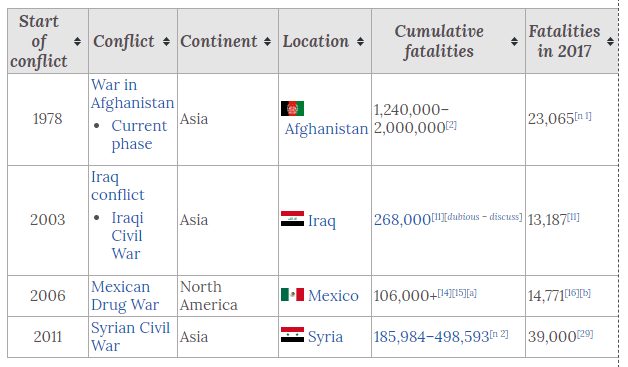 As you can see most of the countries that export weapons are not part of an armed conflict that directly threatens them apart from Ukraine (Russian invasion) and Israel (Palestine and Muslim countries conflict). In fact, a lot of the conflicts are based on the middle east and Africa by unstable and failed nations/states. With this, I would like to point out that seems that where the bloodshed happens is not where the weapons are manufactured. Half of the leading weapons exporters are Europeans countries, where there is no conflict happening or is likely to happen, the same goes to the US, which is even further away from Africa and the Middle East. I would like to dare to say that if these unstable nations had no access to the purchasing of weapons then their death toll will be lower and these conflicts will not gain the scale they have had.

What is left to address now, is this argument but between developed nations. Unfortunately, there seems to be a Cold War legacy between the US, Russia, China and Europe, where even that there is no conflict or the possibility of one happening anytime soon, the countries strive to be more advanced than their “adversaries”. As said before, developed nations are more interested in economic growth and prosperity rather than expanding their borders. Think about it, at the end of the day countries are made of people (not politicians or weapons manufacturers) that want to have a good quality of life and avoid conflict. So as long as diplomacy works and there is no undiscovered mineral essential for the future of energy that is located in one single place, these large nations should be able to cooperate and work together to become even more prosper, thus reducing, even more, the need for weapons development Cold War style.

On a positive side

If you take the fact that working by a defence contractor you are exclusively creating something to give power to people to kill other people out, working in these types of projects must be extremely interesting and intellectually satisfying. Working in new weapons development gives you the chance to develop new technologies in order to be in the top of the competition that you will not probably see in the consumer market after a decade or more. Also, we must look back to history and remember that today’s essential technology and devices such as the internet, GPS navigation, the microwave and penicillin were all initially developed for the battlefield or with defence/military purposes in mind. In a way, we can also say that military R&D has brought progress to human civilization, with a cost of course.

What can we do as engineers and product creators?

At the end of the day, this is a personal choice. For myself, I know I will never work for a company or organization that it is to my knowledge directly or indirectly involved in the creating, manufacturing or selling of weapons (although they offer really good salaries). It is the spirit of this website to inspire people to create stuff for the good of humanity so I hope you can sympathize with my view, however, if you disagree, I am more than happy to initiate a discussion in the comments section 😃

What’s your stance on this issue? Do you agree with what I’ve said? Do you think it is a necessary evil? Share your thoughts in the comments section.