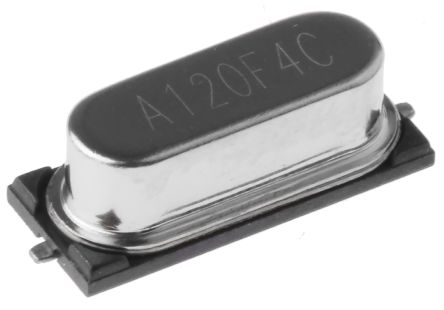 Just as a stable voltage source is necessary for any analogue circuit to work properly, a clock is required for any digital circuit to appropriate shift from one state to the next. In this short article, we will look into the design of an oscillator circuit to give your circuit’s MCU or any other digital IC the necessary clock to perform its functions.

But hang on a second, I thought MCUs already have an internal oscillator so why do I need another one?

That’s correct. Some MCUs like the PIC16F722 already have an internal oscillator and other MCUs only require an external crystal, two capacitors and one resistor to create the necessary oscillator circuit: 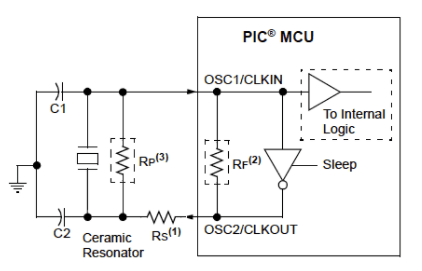 Then, why would I need to design my own oscillator? You don’t unless you have more than one digital circuit running off two different oscillators. In one of my previous projects, I was sending samples from the MCU to a DAC via I2S protocol. The MCU was running off a 16MHz crystal using the internal oscillator while the DAC from a 12.288MHz external oscillator. I remember I was testing the audio quality and something wasn’t right, there seemed to be a lot of popping noise happening, so I played a low-frequency sine wave and got the oscilloscope out to measure it and this is how it looked like: 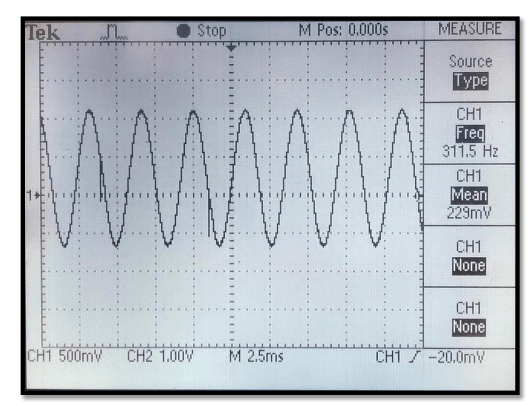 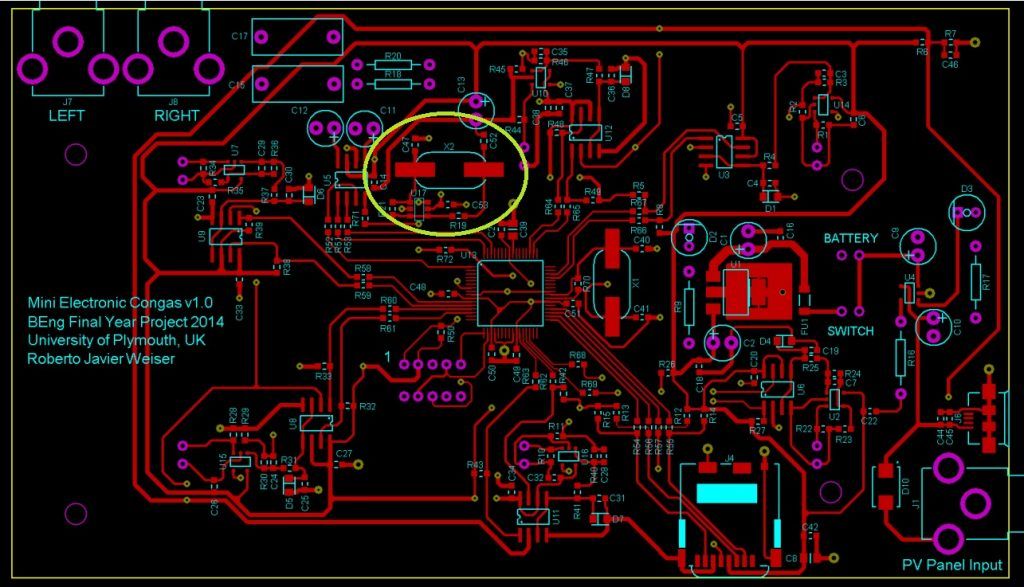 Not knowing what could cause this issue, I decided to run both the MCU and DAC from the same clock which instantly fixed the popping noises.

Lesson learned: when running two time sensitive asynchronous circuits that communicate each other make sure they follow the same clock or a synchronous mechanism is implemented. Note that the issue here wasn’t the different frequencies but the synchronization between both circuits timing wise.

Circuit from my project with calculations and components

Before placing a circuit in your board please note that some MCUs let you use one pin as a clock output, therefore you can use your MCU oscillator to drive the other IC and no extra components are required. However, in my design, the pin was located in an inconvenient area that required me to draw a long PCB trace cutting other signals. When routing high-speed signals such as this, it is better to have the source close to the receiving end and only have a GND plane below them for the returning currents and to avoid vias as they can act as antennas.

The circuit used was a Pierce Oscillator, this circuit consists in the use of one crystal, two caps, two resistors and a double unbuffered inverter:

If you want to learn more about the theory behind this circuit I recommend checking out these websites and references I used:

Choosing the right capacitors for your crystal

Caps and frequencies that filter

Transformerless PSU, is it worth it?

Shenzhen Overview as an Electronics Designer and Maker